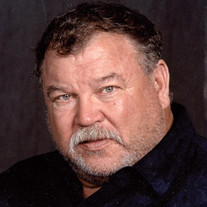 William (Bill) James Mickelsen, 76, suddenly died September 30th, 2020. He was born in Superior, Wisconsin on July 11, 1944 to Ervin and Opal Mickelsen. Bill grew up in Wrenshall, Minnesota. Upon graduation he joined the Marines and served in the Cuban Conflict and the Vietnam War. Bill had many jobs in the trade industries throughout his lifetime. Two highlights of his career were installing the air conditioning system on the top of the Blue Cross/Blue Shield building in Chicago and obtaining a security clearance from the FBI for his work with Allied Signal. Locally, Bill worked on the Murrah Memorial building and the Langston University football field. Following Bill’s retirement he remained active volunteering in the community. He was proud to volunteer as a desk sergeant with the Edmond Police Department where he found ways to minister to the families whose loved one was in police custody. He also volunteered as an election poll worker and home hospice respite worker. Recently, Bill came out of retirement and accepted a position as a department supervisor with the Census Bureau. He fulfilled 100% of his assignment the day before his passing. Bill is preceded in death by his parents; Infant son William (Billy) R. Mickelsen, son Terry Erickson, daughter Mary Stayton, son-in-law Wayne Hanson, nephew Warren Mickelsen and his best friend of many years Richard Powers. Bill leaves behind his loving wife of 45 years Donna; siblings, Janice Binsfeld, Terry Mickelsen, Wendy Krona and Robynn Paulson; children, Tim Erickson (Debbie), Tamara Hanson and Todd Erickson; 6 grandchildren; 17 great grandchildren; many nieces and nephews and his trusty dog Buddy. Bill also leaves behind many dear friends, especially Travis Riddle. Bridge was Bill’s favorite hobby. He was a member of the American Contract Bridge League where he obtained the honor of Bronze Life Master. Making people laugh was another one of Bill’s favorite pastimes. His grandchildren and great grandchildren looked forward to his visits, knowing he would have a new joke or trick to share. His scooter rides for the younger kids were always a highlight of their time together. Bill and Donna met at a dance in January of 1975. He asked Donna for a date and she invited him to join her at a Christian conference. At the conference, Bill accepted Jesus as his Savior, knew his life had changed and never looked back. From that moment forward Bill shared his love for the Lord in all areas of his life and with all those who he encountered. Bill was committed to teaching and mentoring in every church and community he was a part of. Bill was active in prison ministry. Once, while he and Donna were visiting a church a woman recognized him and shared that he had prayed for her in jail 10 years prior and changed her life. Bill regularly held Bible Studies in his van on the construction sites where he was working, sharing God’s word with anyone willing to listen. When dining out Bill often offered prayer to the servers taking his order. On Bill’s last day of work at the Census Bureau, another employee asked him to meet with her to share more about Jesus with her. Bill openly let his light shine for God, especially in his neighborhood. He often invited neighbors to join him at church, mentored the neighborhood children and prayed for the households as he and Buddy, his beloved dog, took their daily walks. As 2020 began, Bill and neighborhood leaders joined together to establish the Pebble Creek Neighborhood Watch. This became Bill’s passion and he worked with others to recruit nightly patrollers for the community. The patrol teams drove through the neighborhood looking for open garage doors, suspicious or unusual activity and would alert residents and authorities of any concerns. Bill took this position seriously and served 1-2 nights per week. On his final patrol as he was backing out of the driveway, the Lord called him home. His master replied, “well done, good and faithful servant! You have been faithful with a few things; I will put you in charge of many things. Come and share your master’s happiness!” Matthew 25:21 A service celebrating the life of Bill will be held on Tuesday, October 6, 2020 at 10 a.m. at the Compassion Church, 6901 NW 150th St, Oklahoma City, OK 73142. In lieu of flowers, memorial donations may be made to: https://pages.lls.org/tnt/mn/t2csp20/TErickson. Make the check payable to LLS. Mail the check to Tim Erickson, 7609 120th Ave N., Champlin, MN 55316.

William (Bill) James Mickelsen, 76, suddenly died September 30th, 2020. He was born in Superior, Wisconsin on July 11, 1944 to Ervin and Opal Mickelsen. Bill grew up in Wrenshall, Minnesota. Upon graduation he joined the Marines and served... View Obituary & Service Information

The family of William J. "Bill" Mickelsen created this Life Tributes page to make it easy to share your memories.

Send flowers to the Mickelsen family.