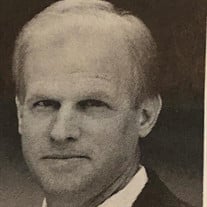 Wally was born in New York City and grew up on Long Island in the town of Syosset. He was an avid athlete and sports enthusiast. After high school he attended Christian Brothers College in Memphis and received a BA in accounting. He spent summers working at as a lifeguard at Robert Moses State Park on Fire Island where he participated in Open Ocean Lifeguard Competitions. After college, he joined the Air Force and was stationed in Turkey. He returned to Memphis and spent the rest of his life in the South and Southwest. His siblings would tease him that this native New York was developing a drawl. He found his home in the beauty of its people and landscape. In 1971 he began his professional career as an internal auditor for Malone and Hyde Financial Corporation. After rising through the ranks to Vice President and Treasurer, moved to the corporate offices of its parent company, Fleming Companies, Inc. as Director- Retail Financial Analysis. It was then that he relocated to Oklahoma. He stayed until the company closed in the early 2000s. After that he became a consultant providing financial and accounting services to a number of companies. He finally retired in about 2009. Despite his considerable professional achievements, Wally’s biggest success was marrying his beloved wife of 41 years, Debbie. It was Debbie that supported his career relocating and then caring for their 2 sons, Bryan and Thomas. Wally stayed busy during his life. He was a triathalon athlete, runner and swimmer who competed during his entire adult life. In addition, he was actively involved in the lives of his sons, coaching Thomas’s little league team and Bryan’s basketball team. He loved attending his sons’ athletics and school events. He is survived by many friends but especially Debbie, Bryan who is in Austin, Texas and Thomas who remains in Edmund and his granddaughter, well-loved Sklar. In addition, his loss will be felt by this sister, Betty-Lynn White of Connecticut, and Tis brother, Tom White of New Hampshire, their children and grandchildren. A service celebrating Wally’s life will be at 11am on Monday, July 6th at Crawford Family Funeral Service, Edmond.

Wally was born in New York City and grew up on Long Island in the town of Syosset. He was an avid athlete and sports enthusiast. After high school he attended Christian Brothers College in Memphis and received a BA in accounting. He spent... View Obituary & Service Information

The family of Walter "Wally" White created this Life Tributes page to make it easy to share your memories.

Wally was born in New York City and grew up on Long Island in...

Send flowers to the White family.