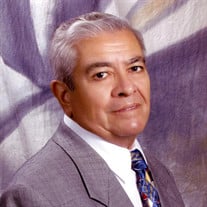 Victor Filamir Quiroga was born in Mendoza Argentina on 26 Aug 1928 and spent many of his early years on the estate of his grandfather. Victor’s father was a teacher who opted to teach him at home through elementary school. Victor developed a love for teaching and received a bachelor’s in education in Argentina and served in the military. In Palmira, Mendoza he met Maria Guillermina Marquez whom he later married. In Argentina, Victor and Maria started their family. Soon they had four daughters. His career went from military to Railroad administrator. Although Victor loved his homeland, he aspired for a better life for his growing family. Seeking this better life, he brought his family to the United States and settled in Oklahoma. Soon after, they welcomed their son to the family. Victor worked through several jobs, learning English and became a USA citizen in 1977 as did his wife and children at later years. He earned his master’s degree in Criminal Justice Administration from Oklahoma City University in 1983. He retired from the Oklahoma City Police Department in 1991, and taught Spanish at Francis Tuttle College. He chronicled his life in the book “The Story of a Simple but Great Family.” He was the son of Segundo Basilio Quiroga and Balbina Ojeda Quiroga. He was preceded in death by his parents and two sisters, Carmen Proctor and Violeta Crain and his daughter Nelda Quiroga Woodard (Dean), son Victor Walter Quiroga (Karla Gesell) and grandson Christopher Woodard (Carrie Ann Woodard-Meadows nee Howell). He is survived by his wife of 68 years, Maria Marquez Quiroga, his brothers, Oscar, and Mario Quiroga, sisters; Juana Doty, Rosa King and Alicia Cabrera, daughters Silvia Braniff (Phillip), Nancy Reed (Bruce), Stella Matallana (Edgar). Grandchildren Michael Braniff, Christopher Braniff, Patrick Matallana, David Reed, Brian Matallana, Steven Reed, Jennifer Harmon, Stephanie Spalding, Joshua Quiroga, Cristina Romo, Seth Quiroga, and Jared Quiroga and 13 great grandchildren and his beloved fur baby, Apollo. He was an excellent soccer player, and intimidating tennis player, former winner of the OKC Police/Fire tennis tournament, and an oil paint artist. He departed this life the morning of 30 July 2020 in his home surrounded by his wife and family members. Visitation is Sunday at 1:00 p.m. with a rosary at 2:00 p.m. Crawford Family Funeral Centers 160 N.W. 178th St. Edmond, Oklahoma. Burial Mass at 10:00 a.m. at St. Eugene Catholic Church 2400 W Hefner Rd., The Village, OK, with Interment at Resurrection Cemetery 7500 Britton Road, Oklahoma City, Ok. The family requests donation to the Alzheimer Association (Alz.org) or St. Jude’s (Stjude.org) in lieu of flowers. A livestream of Victor's Funeral Mass will be made available via St. Eugene Catholic Church's YouTube channel. A link may be found below. https://www.youtube.com/channel/UCmnHpaDSZuge_FqqnnAfEVw

Victor Filamir Quiroga was born in Mendoza Argentina on 26 Aug 1928 and spent many of his early years on the estate of his grandfather. Victor&#8217;s father was a teacher who opted to teach him at home through elementary school. Victor developed... View Obituary & Service Information

The family of Victor Quiroga created this Life Tributes page to make it easy to share your memories.

Victor Filamir Quiroga was born in Mendoza Argentina on 26 Aug...

Send flowers to the Quiroga family.