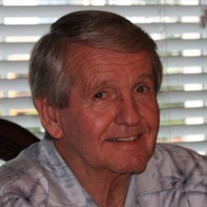 Tracy Clay Freeny was born in Oklahoma City, OK on November 11, 1944 to Gracy and Henry Freeny. Right now, they are having a fantastic reunion in Heaven. Tracy went to schools in OKC, graduating from NW Classen in ’62. He loved school, mostly because of friends and sports. He played baseball and basketball at NW Classen where he was All City, Player of the Year and All State. Tracy went to OU, his family was OU all the way, and majored in fraternity, girls and having fun, with an occasional class thrown in. He transferred to OCU where he played some sports for the school. Henry Iba offered Tracy a scholarship at OSU to be their second baseman, so the next year he transferred. He loved OSU and playing baseball for them, started every game and had a wonderful time there. OSU won the Big 8 a few times in the 1960s, and Tracy got to play in the College World Series where OSU lost in the final game but were ranked 2nd in the nation. He made many friendships that he still cherishes from grade school on. Tracy met Sharon her first day at OSU and they were married a few years later. After his Army Guard active duty (he was very blessed to get in the Stillwater unit and not be sent to Vietnam like others his age), he went into the life insurance business for Phoenix Mutual. Almost every year he was fortunate to be in their top salesmen club. He gave all that up to co-found a long-distance phone company, and was President and Chairman of the Board for 16 years. While he worked there, they were blessed to give away about $70 million dollars to charities. That company gave Tracy and Sharon opportunities to meet fascinating people from all over the world, it was a very enlightening time. Late in life, he was a consultant for some start-up businesses. Tracy spent a lot of time helping ministries, and other non-profits. Over the years he was on the board of directors for many groups, some of the more interesting and fun ones for him were The All Sports Association, FCA, Prince of Peace Embassy in DC, Garth Brooks Touch-Em-All Foundation, Jay Sekulow’s American Center for Law and Justice (ACLJ) and working with Arise Ministries and Water-is-Life. His favorite thing was talking to people about God and Jesus, he never got tired of those discussions. Tracy was excited about the day he would meet his Savior. He prayed every day that people he knew, or just heard about, would accept Jesus as their Savior, or rededicate themselves to the Lord. Tracy is survived by two sisters that he adored, Sara Jo Odom, and Sandy Birdsong, and their families. He will be greatly missed by his wife Sharon (Roederer) and his family that he loved so much. He was very proud of the kind of people they are, Tracy always said he would have really liked them even if they weren’t related! Stacy Cato and Jeff (Caleb, Ashton, Cameron), Shannon Rohrer and Shawn (Sloan and Riley), Scott Freeny and Kristen (Quin and Sydney), Shawn Freeny (Jason), and BJ Hatch and Audri (Noah and Isabelle). The family of Tracy requests that in lieu of flowers, memorial donations can be made out to your favorite charity or an Edmond based non-profit: Arise Ministries for Single Mothers, or FCA (Fellowship of Christian Athletes), or Water is Life (provides safe water for all) A service celebrating the life of Tracey will be held at 1 p.m. on Tuesday, February 26, 2019 at the Church of the Servant, 14343 N MacArthur Blvd, Oklahoma City, OK 73142. The family has requested to wear bright colors to honor Tracy’s Life!

Tracy Clay Freeny was born in Oklahoma City, OK on November 11, 1944 to Gracy and Henry Freeny. Right now, they are having a fantastic reunion in Heaven. Tracy went to schools in OKC, graduating from NW Classen in &#8217;62. He loved school,... View Obituary & Service Information

The family of Tracy Freeny created this Life Tributes page to make it easy to share your memories.

Send flowers to the Freeny family.