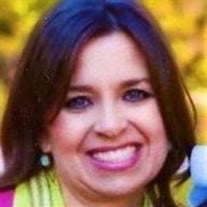 Traci Tarwater Miller was born November 29th, 1970, in Norman, Oklahoma and passed away in the early hours of November 30, 2019, after a courageous three-year battle with cancer. Traci graduated from Deer Creek High School in 1989 and went on to the University of Oklahoma where she graduated with a Bachelors Degree in Business Administration. She was a proud member of the Kappa Kappa Gamma sorority, where she served as a house advisor for the past several years. She was loved and admired by all of her KKG sisters and she truly enjoyed her time as an advisor. After graduating, Traci began a successful career in the pharmaceutical sales industry. She joined Sunovion Pharmaceuticals in 2002, where she continued her employment until her death. She was a nationally recognized pulmonary specialist and won numerous awards throughout her career including being a recognized member of the company’s Presidents Club. Traci tirelessly continued her work while battling cancer and remained a national sales leader throughout. Traci married Mark Roland Miller on October 26th, 2002. In September of 2003, Mark and Traci welcomed the birth of their daughter Meg Meridith Miller. Meg instantly become the love of Traci’s life and her very best friend. Traci was a devoted mother to Meg and was widely known as “the favorite mother” of all of Meg’s friends. She was a true angel and a gift to her entire family. Traci was a beloved wife, mother, sister, friend, caregiver, hostess and so much more and will be dearly missed by all. Traci was proceeded in death by her father Donald Roark, father in law Dr. Robert F. Miller and her loving dog Francine. She is survived by her Husband Mark Miller, her daughter Meg Miller, her Mother Meri Roark, brothers Billy Tarwater and Michael Tarwater, sister Shannon Larson, her Uncle and Aunt John and Jeannie Sacra, Mother in Law Darlene Miller, Sister and Brother in law Kery and David Mueller, and numerous nieces, nephews, friends and her dog Rusty. The family would like to thank Dr. Moxley and Dr. Moore of the Stephenson Cancer Center as well as the entire oncology department for their care and support of Traci. A memorial service will be held at 2pm on Wednesday December 4th, at the Nichols Hills United Methodist Church (nicholshillsumc.org). Memorial Donations may be made in Traci’s honor to either the Stephenson Cancer Center of OKC (stephensoncancercenter.org) or the Oklahoma Humane Society (OKHumane.org).

Traci Tarwater Miller was born November 29th, 1970, in Norman, Oklahoma and passed away in the early hours of November 30, 2019, after a courageous three-year battle with cancer. Traci graduated from Deer Creek High School in 1989 and went... View Obituary & Service Information

The family of Traci Miller created this Life Tributes page to make it easy to share your memories.