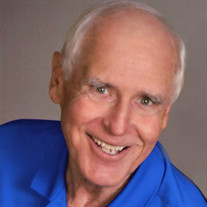 Thomas Edward Sweet passed away on Saturday November 21, 2020 after a long battle with Leukemia. Tom was born on April 8, 1941 in Amarillo, TX to Nina Faye Anderson Sweet and Leo Drysdale Sweet. He was preceded by his parents and his sister, Patricia Jane Sweet. Tom was a star baseball player, attracting the attention of scouts and earning an invite to Spring Training with the Detroit Tigers. Tom worked jobs while growing up as diverse as grocery store sacker and firefighter for the Santa Fe Railroad. Tom played baseball at Southwestern Oklahoma State University where he earned a Bachelors Degree in Physical Education and was the starting first baseman. He still talked regularly with his college teammate Jack Ingle. Tom accepted a commission as an Officer in the United States Army and proudly served his country. Tom left the military with the rank of Major in the United States Army Reserves. Tom was a long time educator, receiving his Masters Degree in Education from the University of Oklahoma. He was a very proud Sooner. Tom was the Principal of El Reno High School for many years, earning the affectionate student given nickname of Intercom Tom due to his love of using the schools PA system for morning announcements. He was at every school event, bean supper or pancake breakfast that occurred for many years. He eventually left education to spend the remainder of his career as a petroleum land manager. During that time, Tom worked for Texas Oil & Gas, Marathon Oil and eventually became an independent land manager until he retired. He was known in courthouses throughout Oklahoma as a friendly and professional land man. He loved to visit and within 10 minutes of talking to him you would always know exactly how many miles he had driven that week. His knowledge of the townsites of small towns throughout Oklahoma was encyclopedic. He was a hard worker who possessed tremendous loyalty to those he worked with. Tom met and married the love of his life, Patti Sweet, on June 9, 2006. Tom had three children, Kellie Sweet Hardesty of Stockton, CA and her husband Jim and their two sons, Garrett and Gavin, son Kyle Sweet of Oklahoma City and his wife Sara and their three children Lauren Smith and her husband Torin Smith, Vivienne and Leo, son Thomas Andrew Sweet of Minneapolis, MN and his wife Jana and their sons Romeo and Liam, great grandsons Matthew and Declan. Step daughter Kerri Ward and husband Mike Ward of Edmond, OK, and step son Roger Gosnell of Oklahoma City. He cherished his time with his family, and loved to share stories, Ted’s Mexican Food and Mike’s famous Chocolate Cake. He embarrassed and blushed easily and had an infectious laugh. Tom drove to nearly every college football game his son Andy played. He tried to understand hockey, which is played by Romeo and Liam but never quite figured out the rules. Same with Garrett’s Lacrosse. And, grandson Gavin wears Tom’s college baseball number on his uniform today. Tom vowed that he would tell his children every day that he loved them and unapologetically kissed them right on the face. He loved kids and especially rocking babies. He always said that his dream job was working in a hospital rocking babies all day long. He was an incredibly kind, generous and loving father and grandfather. Even when his health was failing and it wasn’t safe for him to be climbing bleachers in 100 degree heat, he still tried and would only yell words of encouragement, never criticisms. He spent countless hours in the auditoriums of schools watching Lauren, Vivienne and Leo school events. Tom was an avid golfer and if he wasn’t playing golf, he was watching it, reading about it or thinking about it. Tom enjoyed spending nearly all of his time with his wife Patti and together they enjoyed activities such as their travels to Yellowstone with Kerry and Mike Ward, watching OU football games, and following the activities of all his grandchildren whether online or in person, but mostly just enjoying each other’s company in quiet conversation. He and Patti would never have a TV in their bedroom because they enjoyed talking to each other so much. Tom and Patti attended Faith Bible Church in Edmond, OK. Tom bravely shared his cancer story with his Sunday School class. He boasted a golf ball collection from some of the best courses in the world, some of which he got to play. He fought the good fight for many years and never gave up hope, even when hope was fleeting. He was always positive even while living with pain. He was much loved and will be missed. Patti was a steadfast companion and constant care giver to Tom, for which the entire family is incredibly grateful. In lieu of flowers, the family requests those wishing to honor Tom do so with a donation in his honor to Make A Wish Foundation. A private family service to remember and celebrate Tom's life will be held Friday, November 27, 2020 at 2:00PM at Crawford Family Funeral Service in Edmond, OK. Come-and-Go visitation will be held Wednesday, November 25, 2020 from 12:00PM-5:30PM at Crawford Family Funeral Service for anyone wishing to pay their respects to Tom. Burial will take place Monday at Green Hill Cemetery in Muskogee, OK. Again, services for Tom will be private for family only to attend, however, services will be live-streamed on Friday, November 27, 2020, here on Tom's tribute page, just prior to services beginning. Pastor Jay Risner will be officiating. Military Honors will be conducted by the United States Army.

Thomas Edward Sweet passed away on Saturday November 21, 2020 after a long battle with Leukemia. Tom was born on April 8, 1941 in Amarillo, TX to Nina Faye Anderson Sweet and Leo Drysdale Sweet. He was preceded by his parents and his sister,... View Obituary & Service Information

The family of Thomas Sweet created this Life Tributes page to make it easy to share your memories.

Send flowers to the Sweet family.