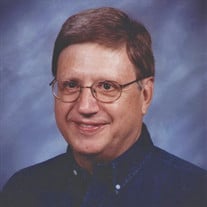 Ronald Lloyd (Ron) Stephens, loving husband of Suzanne Stephens, father of Scot Stephens, grandfather of Will and Lilly Stephens, brother of Rick Stephens, and friend of many, was born in Jacksonville, Texas on July 31, 1943, to Lloyd and Faustine Stephens. He left this world on November 30, 2021, surrounded by his family. Ron lived the first eighteen years of his life in Ft. Worth, Texas, where he attended public schools, graduating from Northside High School in 1961 where he lettered in football and track. He enrolled at North Texas State University (UNT) and graduated in 1965 with a Bachelor of Business Administration. He was a member of Theta Chi fraternity. In 1964 he met Suzanne Nance at the Voertman’s bookstore on campus. They had their first date on November 20 and married June 18, 1966. He enlisted in the Texas National Guard, serving for six years. In 1966 Ron became an insurance agent first with Liberty Mutual, then with Allstate Insurance. In 1972 he moved his family to Oklahoma City, where he accepted the position of sales manager for Allstate. He enjoyed his insurance career, retiring in 2001 after thirty-nine years. He joined Suzanne as a realtor with Coldwell Banker Mike Jones, working with many customers who became friends. After being diagnosed with pulmonary fibrosis, he received a lung transplant in 2017 and enjoyed over four years being with his family and attending his grandchildren’s activities. Ron was a Sooner fan for over forty years, attending most home and away games with Suzanne, Scot and Teresa. Some of their fondest memories were trips involving the Sooner football and basketball teams. He is survived by his wife of fifty-five years Suzanne of Edmond; son Scot (Teresa) Stephens of Oklahoma City; grandchildren Will Stephens and Lilly Stephens of Oklahoma City; brother Rick (Mindy) Stephens of Estes Park, Co.; nephew Dustin Stephens of California; niece Sarah (Nick) Quaintance of Ft Collins, Co., and many friends and relatives. Ron was preceded in death by his parents Lloyd and Faustine Stephens and father-in law and mother-in-law Reuben and Ruby Nance. A memorial service will be held on January 5, 2022 at 2:00 P.M. at Crawford Family Funeral and Cremation Service in Edmond. For those in attendance, the family requests that mask be worn. In lieu of flowers charitable donations may be made in Ron’s honor to the Oklahoma Research Foundation, Lifeshare Foundation or to the charity of your choice. Links for making donations may be found below. Oklahoma Medical Research Foundation https://gift.omrf.org/give/320323/#!/donation/checkout LifeShare Foundation of Oklahoma https://www.lifeshareokfoundation.org/give-now.html

Ronald Lloyd (Ron) Stephens, loving husband of Suzanne Stephens, father of Scot Stephens, grandfather of Will and Lilly Stephens, brother of Rick Stephens, and friend of many, was born in Jacksonville, Texas on July 31, 1943, to Lloyd and Faustine... View Obituary & Service Information

The family of Ronald Lloyd Stephens created this Life Tributes page to make it easy to share your memories.

Send flowers to the Stephens family.