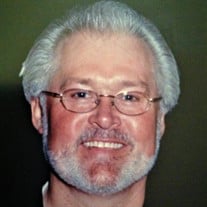 Rodger Brooks of Edmond, Oklahoma loved hunting and fishing throughout his life. It all started at a young age growing up in the small Texas Panhandle town of Hart. He was born in the nearby town of Dimmitt, Texas on March 31, 1951, to Ernest Lee Brooks and Geneva Aven Brooks who both preceded him in death. He is survived by daughter Cheryl Gamache, son-in-law Clint and three grandchildren, Jordan, Connor, and Charlotte all of Orlando, Florida. Rodger was so proud of Cheryl who works for Disney World, which was her childhood dream. Surviving siblings are his identical twin brother, Robert Carrol Brooks (wife Espie) of Edmond, Oklahoma who was his hunting, fishing and motor cycling buddy throughout the years, his older brother David (wife Loretta) living in Coal City, Illinois and older sister Rene' Brooks Cameron (husband Roger) living in Fredericksburg, Texas. The four grew up on the family farm chopping cotton, doing farm chores, with the three brothers raising a menagerie of domestic and wild animals common in the Texas Panhandle. As adults, all four spent many fun years deer hunting in Central Texas and several summer vacations fishing. As Rene' often told friends, “When you have 3 brothers, you do not go shopping during family vacations". They were often joined by Rodgers's nephew, Ian (David's son) living in Buda, Texas with children Aidan, Mason, and Eva. Starting in the mid-seventies, Rodger became a successful Oil and Gas businessman in Oklahoma. He loved people, loved to laugh, and could tell great stories, slightly embellished of course, was positive minded and had an upbeat personality. He will be greatly missed by his family and his many friends who also hunted, fished, rode motorcycles, and told great stories right along with him over the years. A Memorial Service will be held in Edmond on Saturday, January 15 at 2:00pm at Crawford Funeral Home, 610 NW 178th Street, Edmond, Oklahoma 73012. Internment of ashes will be in the family plot at the Hart, Texas Cemetery at a later date. Services will be made available via livestream, here on Rodger's tribute page, just prior to services beginning.

Rodger Brooks of Edmond, Oklahoma loved hunting and fishing throughout his life. It all started at a young age growing up in the small Texas Panhandle town of Hart. He was born in the nearby town of Dimmitt, Texas on March 31, 1951, to Ernest... View Obituary & Service Information

The family of Rodger Brooks created this Life Tributes page to make it easy to share your memories.

Rodger Brooks of Edmond, Oklahoma loved hunting and fishing throughout...

Send flowers to the Brooks family.