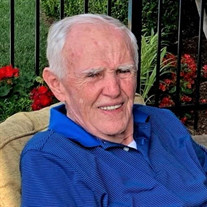 Robert (Bob) Patrick Smith of Edmond, Oklahoma was born in Scranton, PA on August 28, 1948, to Robert and Ellen Smith, the oldest of their four children. Upon completing high school, Bob joined the Army in 1966. It was while on tour in Korea, he met his wife of 51 years, Sue. After completing four years and service, he and Sue returned to his home in Scranton. With limited work in the area, Bob decided to join the Air Force in 1971 and relocated to Nellis Air Force Base in Las Vegas, Nevada where he served four years. Afterward, Bob began his 39-year career with the Federal Aviation Administration (FAA) as a Radar Technician. The FAA offered Bob the opportunity to live in some adventurous places such as Pioche, Nevada, but eventually he and Sue settled in Henderson, Nevada where they would live and raise their family for over 29 years. He left his mark at the FAA working on the summit of Mt. Charleston on long range radar. Bob had a singular passion, his family. Nothing was more important. In 2010, following his retirement, he and Sue relocated to Edmond, Oklahoma to be closer to their children, all of whom had relocated some years earlier. His hobbies included woodworking, building computers, and being a powerful influence on his grandchildren whenever he had the opportunity. He is survived by his loving wife, Sue, and their three children: Robert Smith of Austin, Texas; Catherine Smith of Oklahoma City; and Jennifer Jensen of Edmond, along with their spouses and seven grandchildren: Meghan, Lauren, Payton, Ryan, Emilie, Jackson, and Andrew. He is also survived by his sisters Anne Marie Ziskowski and Maureen Pettinato, both of Pennsylvania, and his brother, Thomas Smith, of Virginia. Bob was preceded in death by his parents, Robert and Ellen of Scranton, PA. A Mass of Christian Burial will be held Saturday, August 21, 2021 at St. Monica Catholic Church in Edmond, OK at 10:00AM. Visitation will be held the evening prior, Friday, August 20, 2021 at Crawford Family Funeral Service in Edmond, OK from 5:00PM-7:00PM, with recitation of the Rosary taking place at 6:30PM. Interment will take place at Resurrection Memorial Cemetery, following services.

Robert (Bob) Patrick Smith of Edmond, Oklahoma was born in Scranton, PA on August 28, 1948, to Robert and Ellen Smith, the oldest of their four children. Upon completing high school, Bob joined the Army in 1966. It was while on tour in Korea,... View Obituary & Service Information

The family of Robert Patrick Smith created this Life Tributes page to make it easy to share your memories.

Send flowers to the Smith family.