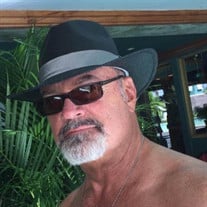 Robert Earl Lee died peacefully in his home on December 30th at 2:38 A.M. in Logan County, Oklahoma, at the age of 65 from heart and renal failure. He is survived by his wife of 45 years, Connie Reynolds Lee; son, Jeremy Robert Lee & Jessie of Stilwell, Kansas; daughter, Abigail Dawn Lee of Oklahoma City, Oklahoma; son, Zechariah Josiah Lee & Jessica of Edmond, Oklahoma; sister, Lynette Lee of Oklahoma; granddaughters, Jorja, Margo, and Sidney Lee; grandson, Nolan Lee of Stilwell, Kansas; aunt, Pansy Richardson of Baker, Louisiana; and a host of beloved cousins. He is preceded in death by his parents, Thomas W. and Mildred Pruett Lee of Stillwater, OK; grandparents, Dr. Haskell Pruett and Agnes Murray Pruett of Stillwater. Robert E. Lee was born on November 5th, 1956, in Stillwater, Oklahoma, to Tom and Mildred Lee. He graduated from Northwestern Oklahoma State University in 1979 with a degree in Law Enforcement. He married his high school sweetheart in May of 1976 and continued working as a Woods County Deputy Sheriff. After graduation, Robert began working for the Oklahoma State Bureau of Investigation as a field agent in Chickasha, Oklahoma. The couple welcomed three children into their home: Jeremy, Abigail, & Zechariah Lee. His children remember him as kind, patient, funny, and always available. He was a father who encouraged them to pursue their own unique passions and goals. Robert was accomplished at playing and coaching soccer. He excelled as a firearms and a pursuit/defensive driving instructor, as well as an armor. He earned his National Certified Fraud Investigator status while working for the State of Oklahoma's Fraud Investigation Unit. He always had time for his co-workers and friends, no matter what the day or hour it may be. He was very close to his pastors, often providing protection for them whenever needed. He retired from the Oklahoma State Bureau of Investigation as a Deputy Inspector after 25 years of service. He accepted an anti-fraud position with the State of Oklahoma, retiring in January of 2021 as an Assistant Chief. He truly loved being a part of the Law Enforcement community as many co-workers had become his closest friends over the years. His favorite saying before leaving work was, “It is time to Crush some Crime.” He was a loyal friend and co-worker to all, always. A Memorial Service is scheduled for 2:00 P.M. on Friday, January 7th at the Crawford Funeral Service Chapel with a reception to follow in the reception room located directly adjacent to the chapel. All are welcome to attend and celebrate Robert E. Lee’s well lived life. Gene Owen will officiate the ceremony.

Robert Earl Lee died peacefully in his home on December 30th at 2:38 A.M. in Logan County, Oklahoma, at the age of 65 from heart and renal failure. He is survived by his wife of 45 years, Connie Reynolds Lee; son, Jeremy Robert Lee & Jessie... View Obituary & Service Information

The family of Robert Lee created this Life Tributes page to make it easy to share your memories.

Send flowers to the Lee family.