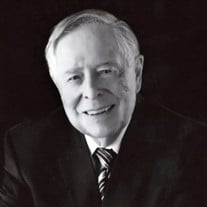 Robert W. Kelly went home to his Heavenly Father on April 14th, 2021, with his loving wife Doris at his side. He was born on April 19th, 1926, in Grand Forks, North Dakota to S.C. Kelly and Evelyn Mackenzie Kelly. He graduated from Roosevelt HS in Seattle, Washington in 1944 and then served in the Army Air Corp for the remainder of WW II. After his service he returned to the University of Washington where he earned his degree in pharmacy. He served on active duty in the US Air Force during the Korean War. He stayed active in the Air Force Reserve while pursuing his career as a pharmacist, including owning and operating Kelly’s Rexall Drug with his father and his brother, Don. During the Vietnam War he again served in the Air Force on active duty, after which he remained a reserve officer until ultimately retiring as a Lt. Colonel. When not on active duty he worked in hospital & nursing home administration or pharmacy positions. He was always active in his local churches, often playing the piano or organ for the choir. He and Doris have been active in Crossings Community Church and Robert enjoyed volunteering his time with their clinic ministry. He was a faithful fan of the Washington Huskies and Seattle Seahawks football teams. He is survived by his loving wife, Doris Wheeler-Kelly; brother, Donald Kelly; his children, step-children, grandchildren and great grandchildren. The family appreciates the loving care of his compassionate nurses and the staff of Life Spring Hospice. The family requests that in lieu of flowers, donations be made in Robert Kelly’s memory to the Crossings Community Clinic, 10255 N Pennsylvania Ave, OKC, OK 73120. A memorial service will be held to remember and celebrate Bob's life on Monday, April 26, 2021 at Crawford Family Funeral Service in Edmond, OK at 10:00AM. Pastor Michael Milligan will be officiating. Inurnment will take place on a later date at Arlington National Cemetery with full military honors conducted. Services will be made available via livestream here on Bob's tribute page, just prior to services beginning.

Robert W. Kelly went home to his Heavenly Father on April 14th, 2021, with his loving wife Doris at his side. He was born on April 19th, 1926, in Grand Forks, North Dakota to S.C. Kelly and Evelyn Mackenzie Kelly. He graduated from Roosevelt... View Obituary & Service Information

The family of Lt. Col. Robert Kelly created this Life Tributes page to make it easy to share your memories.

Send flowers to the Kelly family.