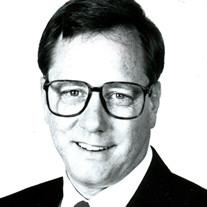 Richard Eugene Hovis left this earth on January 27th, 2019 at age 74. He was born the fourth child of Wilbert DeWitt Hovis and Beulah May (Good) Hovis. He had seven siblings: Bruce, Brian Paul, Sybil, Diana, Mark, Susan and John. Brian Paul died as an infant before Richard was born. Richard and his brothers and sisters grew up in the Brookside area of Tulsa, Oklahoma, except for a brief family move to Sand Springs, OK, where his father maintained his business, Hovis Insurance Agency. Richard was bright and inquisitive and always loved nature. As a boy, he liked exploring the wilds of the Arkansas River and Crow Creek near Zink Park. He would share his findings with his younger brothers and sisters, who especially remember learning about crawdads! Richard also encouraged the kids to read, and gave them his high school books. Susan and Mark have fond memories of being in elementary school and reading Richard’s books such as "Animal Farm", and "The Catcher in the Rye". Richard graduated from Edison High School and Oklahoma State University, where he earned a degree in Biology, then returned to teach biology at Edison Junior High School. Later, he earned his Juris Doctorate from the University of Tulsa. He practiced law in Tulsa, Muskogee, and, lastly, in Hobart, Oklahoma, where he was elected to be Associate District Judge of Kiowa County. Richard married twice, first to Susie Parr, and they had two children: Jennifer Lynn and Benjamin Glen. He later married Suzelle Toma, and had a daughter, Melissa Renee. His family and friends enjoyed Richard's kind nature and sarcastic sense of humor. He always sought to increase his knowledge and constantly researched a variety of subjects including topics on Christianity and of Abraham Lincoln. He was very close to his younger daughter, Melissa, and was very happy when she earned her Juris Doctorate, the third generation of Hovises to do so. Melissa helped to care for her father, especially in the last year of his life, when he was fighting two types of cancer. He was not always easy to take care of, as he was very independent and self-reliant, but their love strengthened them both. Richard Hovis was pre-deceased by an infant brother, Brian Paul Hovis, and his youngest adult brother, John Ernest Hovis (wife Donna and son Matthew), and his older brother David Bruce Hovis (daughter Christine Sati Hovis). Also his father, Wilbert DeWitt Hovis and his mother, Beulah May Hovis Longenecker and step father, Homer Longenecker. Also going before him was his wife, Suzelle Hovis. Richard leaves behind a large extended family and many friends. His Christian faith sustained him always. Richard: our father, brother, uncle, cousin, friend, we will miss you, but we know you are now safe in the arms of Our Lord forever.

The family of Richard E. Hovis created this Life Tributes page to make it easy to share your memories.

Send flowers to the Hovis family.