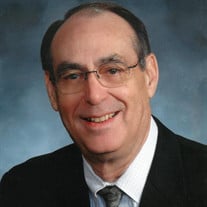 Dr. Randall Kent Raburn, 80, passed away on June 28, 2020. Randall was born on September 27, 1939, to Ollie Brinson Raburn and Ruby Emma Haralson Raburn, in Wellington, Texas, where he played basketball and graduated from high school. In 1958 he was selected for the Texas Basketball All-Star team. He attended North Texas State University on a basketball scholarship, where he received his Bachelor’s degree, and his Master’s degree in Education. He married Margaret Swope in 1962. After graduation, his first teaching and coaching job was in Lipan, Texas, and from there went to Central High School, near Marlow, Oklahoma. Subsequently, he served as assistant superintendent in Mustang; then superintendent of schools in Sapulpa, Midwest City and Edmond, OK. He received his Doctorate in School Administration from Oklahoma State University. After he left Edmond school district to take the position of Executive Director of the Cooperative Council of Oklahoma School Administrators, where he lobbied tirelessly for the improvement of public education in Oklahoma. When asked how he had the energy and drive to fight for improvement of education, he would answer “we do it for the children.” During his career, he served as an advisor to the Oklahoma legislature regarding education related issues. He also served on many committees at Oklahoma State University, Oklahoma University, and the State Department of Education. He was inducted into several Halls of Fame: Oklahoma State University, Oklahoma State Department of Education, Edmond School Foundation, and a Lifetime Achievement Award from the American Association of School Administrators. In addition to his career, Randall was very active in his church, serving as a deacon for many years. He enjoyed teaching young people, and taught Sunday School. He loved making homemade ice cream, reading books, and playing tennis. He always took his grandchildren to the park every time they visited and he loved that. Randall is survived by his wife, Margaret; daughter, Robin Clark; granddaughters Brynn Caddell (Trey), Meghan Richardson (Chad) and Jennifer Martinez (Juan); 9 great-grandchildren Mia Martinez, Ella Richardson, Blake Martinez, Carson Richardson, Olivia Caddell, Sofie Caddell, Charlotte Martinez, Adeline Caddell and Levi Martinez; his brother Douglas Raburn; multiple nieces and nephews; and a great many former students, colleagues and friends. Randall is preceded in death by his parents, Ollie and Ruby Raburn; siblings Allen Taylor, O.B. Raburn, Sam Raburn, Joe Raburn, and Don Raburn; and children Dana Raburn and Kent Christopher Raburn. His love for children and the improvement of their lives through education was one of the driving forces behind everything he did. In honor of that, the family requests that in lieu of flowers any donations be made to the Oklahoma Baptist Homes for Children, Corporate Office, 3800 North May Avenue, Oklahoma City, OK 73112. Services celebrating the life of Randall will be held at a later date.

Dr. Randall Kent Raburn, 80, passed away on June 28, 2020. Randall was born on September 27, 1939, to Ollie Brinson Raburn and Ruby Emma Haralson Raburn, in Wellington, Texas, where he played basketball and graduated from high school. In 1958... View Obituary & Service Information

The family of Dr. Randall Kent Raburn created this Life Tributes page to make it easy to share your memories.

Send flowers to the Raburn family.