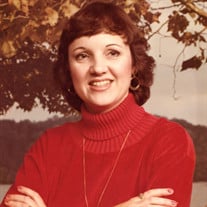 Paula DeLee McAlister passed peacefully, surrounded by her family, on Monday, February 7, 2022, at The Fountains at Canterbury in Oklahoma City, Oklahoma. DeLee was born November 10, 1935, in Duncan, Oklahoma to Mary Juretta Stone and Thomas Paul Costello III. She was the oldest of their four children, Mary Reading, Thomas Paul Costello IV, and Michael Costello. She graduated from Duncan High School and later received a diploma in clerical and secretarial studies from the Moore-Norman Vocational-Technical School. She was active in the Jaycee Jaynes organization and served as a poll worker in numerous elections, counting ballots by hand. On April 19, 1953, she married her high school sweetheart, Norman Thompson. They were married for twenty-seven years and had two children, Kim Thompson Mahn and Kevin Thompson. They sojourned for five years in Hugoton, Kansas until moving back to Oklahoma and eventually making their home in Moore. DeLee was an avid reader of books and crossword puzzle enthusiast. She enjoyed traveling and her favorite trip was a tour of the Holy Lands with her mother and sister. She also traveled to Ireland, Mexico, and many sites across the United States. On September 4, 1981, she married Elton “Mac” McAlister. DeLee and Mac were married nearly forty years until his death on June 29, 2021. They lived in Roswell, New Mexico for a year and then made their home in Moore, Oklahoma. DeLee and Mac were in their home together when the historical May 3, 1999, tornado devastated much of the city. After which, they salvaged what they could and moved to Oklahoma City. DeLee is survived by her two children, Kim Mahn and Kevin Thompson; son-in-law, Ron Mahn; grandchildren, Brad Thompson, Nicholas Mahn and wife, Kathleen, Sydney Thompson, Meghan Mahn and fiancé, Charles Delhotal, and Chase Thompson and partner, Cheyenna Foreman; great-grandchildren, Cameron Smith, Cash Tinder, Breccan Mahn and Brooks Mahn; her sister, Mary Reading; brother, Michael Costello and his wife Kaye; nieces, Paula Reading, Carolyn Baker, Carla Costello and Mary Costello; and nephew, Charles Reading. She was preceded in death by her husband, Mac McAlister; her first love, Norman Thompson; her parents, Paul and Juretta Costello; brother, Tom Costello; sister-in-law, Bobbye Costello; nephew, Thomas Costello; and granddaughter-in-law, Jaime Thompson. The family will hold a private memorial to remember and celebrate her life. In lieu of flowers, the family asks that you please consider a donation in memory of DeLee to the Susan G. Komen breast cancer organization. A link for making a donation may be found below. https://secure.info-komen.org/site/Donation2?df_id=24728&24728.donation=form1&mfc_pref=T&creative=fy22_bhm_v1&s_src=7013f000000Ps3ZAAS&24684.donation=form1&_ga=2.240446787.1124911769.1644859515-2055164432.1644859515

The family of Paula DeLee McAlister created this Life Tributes page to make it easy to share your memories.

Send flowers to the McAlister family.