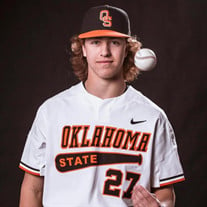 A service celebrating Nathan's life will be at 2pm on Monday, January 31st at Life.Church (2001 NW 178th St). A livestream of the service can be found Monday at 2pm at this link: https://www.facebook.com/robert.j.rogalski Nathan Henry Rogalski was born October 1, 2004, in Fort Smith, Arkansas to Robert and April Rogalski. He died January 24, 2022, in Oklahoma City. To summarize Nate’s life into a few simple paragraphs would be absolutely impossible. However, if you were making that effort, you would have to use words like genuine, teammate, full of charisma, hard worker, determined, and you certainly couldn’t leave out his goofy side. Nate’s first love was people… any and all people. As mentioned, he was incredibly genuine. People and circumstances did not change who he was or how he acted. He sought out those who seemed to be alone and impacted the way they felt. He would drop anything he was doing and be out the door in a moment’s notice if he knew a friend or family member had a need that he could meet. Nate was full of charisma and people simply wanted to be around him as well. He was a great teammate. He wanted to see his team and his teammates succeed. He not only wanted to see his baseball team succeed, but he was wildly supportive of all the Antler sports teams and his friends who played on them at Deer Creek High School. Nate was determined. He always found a way for what he wanted. Whether it was seeking help with his viscous slider or finding the property owner with the ponds full of fish, Nate had his way of finding the right people. Just as you can imagine for a 17 year old young man, Nate had his goofy side as well. He loved simply cruising around in his Avalanche recording himself singing whatever hit came to mind. He lived a “no regrets” type of lifestyle and packed an enormous number of memories and life into his short 17 years. Nate is survived by his parents, Rob and April Rogalski; a brother, Tyler Rogalski; a sister, Lauren Rogalski; and his grandparents, Robert L. & Joyce Rogalski and John & Sandra Wiegand. He will also be missed by countless friends and extended family. A service celebrating Nate’s life will be at 2pm on Monday, January 31, 2022, at Life.Church OKC Campus (2001 NW 178th St.) under the direction of Crawford Family Funeral Service, Edmond.

A service celebrating Nathan's life will be at 2pm on Monday, January 31st at Life.Church (2001 NW 178th St). A livestream of the service can be found Monday at 2pm at this link: https://www.facebook.com/robert.j.rogalski Nathan Henry Rogalski... View Obituary & Service Information

The family of Nathan Rogalski created this Life Tributes page to make it easy to share your memories.

A service celebrating Nathan&#39;s life will be at 2pm on Monday,...

Send flowers to the Rogalski family.