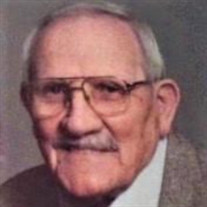 Morris loved Jesus Christ since he was in his early 20’s, and now he is walking and talking in person with the God he worshipped and adored. Born in 1935 in Billings, Oklahoma, Morris was always a sports enthusiast, especially when it came to football at the University of Oklahoma, as well as the Oklahoma City Thunder. For most of his professional life he was in sales and was especially proud of his more than 25 years with Gold Spot Dairy in Enid and Alva, OK, and then several years with MasterGuard Home Fire Safety in Alva and Kaw City, OK. He also spent a few years as a product support specialist with Sykes Enterprises in Ponca City, OK. As a former Sunday School teacher and leader at Central Baptist Church of Ponca City, he delighted in studying the Bible and then sharing the insights and wisdom given to him by God for giving to others. He was married to Coleen Dennis Herde from 1955 to early 1976, with whom he had four children. He married his wife of 43 years, Dee, in late 1976. Both of them were deeply involved in Baptist church ministries in Alva and Ponca City during their lives together. Morris was preceded in death by his parents, Francis (d.2009) and Ruth (d.1997) Herde of Billings, OK; his sister, Caroll Herde (d.1940) of Billings, OK; and his sister, Loretta Myers of Blackwell, OK (d.2017). Morris is survived by his wife, Dee of Kaw City, OK; his sister, Clarice Everhart and her husband, Harley of Gig Harbor, WA; his brother, Dale Herde of Billings, OK; seven children: Bryan Herde and his wife, Gayle of Centennial, CO; Mark Herde of Chandler, OK; Darrel Herde and his wife, Michal of Wiggins, CO; Susan Harrison and her husband Rob of Aurora, CO; Mardi Ahring and her husband, Bob of Dallas, TX; Myrna Hatcher of Enid, OK; Johnny Anthony and his wife, Sheila of Hillsdale, OK. Morris was especially proud of having sixteen grandchildren, nineteen great-grandchildren, and six great-great-grandchildren. Morris’ influence upon the lives of his family, those with whom he worked, and those with whom he shared God’s Word and fellowship was significant and special. Our Heavenly Father knows just how much He achieved through the life of his son and servant. Morris, you always wondered just how much your life counted for God, and now you know that in complete detail. We look forward to seeing you again! In lieu of flowers or plants, donations may be made to: Central Baptist Church 1732 East Coleman Road Ponca City, OK 74604 Please write “Morris Herde for Central Baptist Academy” on the Memo line of checks.

Morris loved Jesus Christ since he was in his early 20&#8217;s, and now he is walking and talking in person with the God he worshipped and adored. Born in 1935 in Billings, Oklahoma, Morris was always a sports enthusiast, especially when it... View Obituary & Service Information

The family of Morris Herde created this Life Tributes page to make it easy to share your memories.

Morris loved Jesus Christ since he was in his early 20’s, and...

Send flowers to the Herde family.