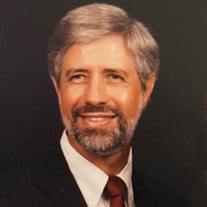 Marion “Toy” Gray Overstreet was born on December 7, 1943, to William and Velma Overstreet in Clara, MS, as the 9th of 12 children. Surrounded by his family, Toy went peacefully to be with his Lord on March 20, 2022, in Oklahoma City, OK. Toy’s nature was gentle and kind, never meeting a stranger, and never withholding a gracious smile or laugh. The nickname “Toy” came about when his oldest brother came home from training in the military and brought him a toy soldier that was instantly his favorite toy, and his dad began calling him his little “Toy” soldier. Toy’s childhood influences of music, particularly Gospel music sung by a quartet, became a lifelong passion. He was a devoted member of his church choir and any time a group of men wanted to sing a quartet, you could count him in. It was engrained in him because of his upbringing singing with his siblings and father while his mother and sisters played the piano. Toy was a devout Christian attending church regularly, teaching children’s Sunday School for over 20 years and professing his love for Christ to anyone who would listen. Toy married his college sweetheart, Betty, in 1967, and he would tell you it was love at first sight. They worked side by side in everything they did, whether it was growing vegetables and beautiful flowers or buying out the entire grocery store to feed their grandchildren for a family gathering. He loved to create beautiful things that would make others smile. He especially loved woodworking and in his earlier years he and Betty would take their crafts to sell at shows all over Mississippi. He built many beautiful things over his years including bedroom suits for his kids to chess sets for whomever wanted one. He graduated from Mississippi State University as a Petroleum Engineer and went to work for Sun Oil in Shreveport, LA, and later Grace Petroleum in Jackson, MS. He was transferred to Edmond, OK in 1991 where he lived the rest of his days. After an early retirement with Grace Petroleum, Toy began working with his younger brother Boyce, who owned C & O Foods, as a drop shipper in the egg industry. During that time, Toy became interested in trading stocks and options online and passed along his passion for that to his children and friends. Toy’s lifelong passion was recreational tennis. He often played multiple days a week and encouraged those around him to do the same especially his children. Many of Toy’s lifelong friends were made on the tennis court. One of his best legacies that he will leave behind is his homemade salsa recipe. That was the most requested thing of him to make, second to his pancakes and cornbread. Toy was preceded in death by his parents, William Elias and Velma Overstreet, his siblings Azela Cooley, William Overstreet, Jr, Mod Overstreet, Willa Walters, R.L. Overstreet, Gene Overstreet, Tobie Shirley, Pete Overstreet, and Robert Wayne Overstreet. He is survived by loving wife, Betty Overstreet, his brother, Boyce Overstreet of Ocean, NJ, and his sister, Glenda Overstreet Armstrong (John) of Millry, AL. Also survived were his children, Kimberly Overstreet Mardis (Todd), Sheldon Gray Overstreet, Carmen Overstreet Adcock (Justin), and David Chase Overstreet, his grandchildren Madelyne Johnson, Carly Overstreet, Logan Mardis, J.T. Mardis, Mack Mardis, Sela Adcock, Aven Adcock, and Rhett Adcock and great-grandchildren Emma, Harper, Coy and Ella Ray. The visitation will be held from 5:00 to 7:00 pm Thursday, March 24th and 12:00 pm Friday, March 25th at Wright & Ferguson Funeral Home in Flowood, MS. The funeral will be held at 2:00 PM following the Friday visitation. A futile search it would be to find a kinder, more gentle soul than that of Toy Overstreet, and he will be dearly missed by all who were blessed to know him and call him son, husband, dad, grandad, great grandad, friend, or colleague. We love you, Toy.

The family of Marion "Toy" Gray Overstreet created this Life Tributes page to make it easy to share your memories.

Send flowers to the Overstreet family.