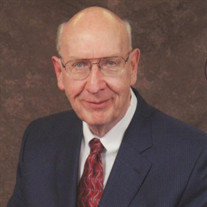 A loving son, husband, father, and grandfather, Lindsay W. Coffman, Jr. was born June 14, 1941 in Portsmouth, Virginia to Lindsay W. Coffman and Mary Lee (Guion) Coffman and died Saturday, January 30, 2021 after a long battle with Parkinson disease. He is survived by his wife of 47 years, Patricia J. Coffman, daughter, Christy Nieves, son-in-law, Norman Nieves, grandchildren Kristen and Braden of Edmond; son, Paul Coffman, daughter-in-law, Cathy, grandchildren, Zachary and Kendall of Charlottesville, Virginia; son David Coffman, daughter-in-law, Kerry, granddaughter, Jill of Woodbridge, Virginia; son, Carl Coffman of Florida; stepson Michael Spatafora (deceased), and granddaughter, Krystal of Florida. Lindsay graduated from Virginia Tech in 1963 with a BSEE in Electrical Engineering and was in the Corps during his time as a Hokie. His career evolved into software development and management in the aerospace industry. He worked on numerous programs, specifically the Saturn V launch vehicle on the Apollo 11 mission, the Minuteman project, the SR71 Blackbird, and three Space Shuttles as well as many other projects that protected and advanced United States’ security. Lindsay enjoyed spending time with family. He was an active participant and supporter in his children’s and grandchildren’s activities and sports. He enjoyed road trips, specifically stopping at every historical marker and any notable dams. Watching his Washington Redskins football team and attending their games was always a happy time in his life. Lindsay took pleasure in his model trains and working on home repair projects for family and friends. If anyone needed a tool, he probably had it! Lindsay was always quick with a story and a smile and his favorite stories usually involved his children and grandchildren. He was a member of Church of the Servant and especially enjoyed their musical programs and volunteering there with his wife. In light of COVID-19, there will be no service at this time. Memorials may be made to the Parkinson Foundation of Oklahoma (720 West Wilshire Blvd. Ste. 109, OKC, 73116) or Church of the Servant (14343 N. MacArthur Blvd. OKC, 73142).

The family of Lindsay Coffman Jr. created this Life Tributes page to make it easy to share your memories.

Send flowers to the Coffman family.