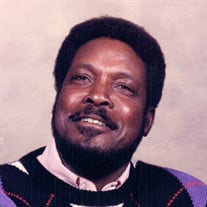 Lester Lee was born on March 20, 1936, in New Boston, Texas, to Charlie and Serlena Conkleton. Lester enjoyed a childhood growing up in a close-knit community known as Arkadelphia. He attended the Arkadelphia Baptist Church with his family and attended and graduated from New Boston Schools in 1953. After completing high school Lester set out to find work outside of his home community. He soon found work with EE Barber Construction Company of Little Rock, Arkansas. Lester worked hard to learn all that he could about bridge construction and was soon given the opportunity to become a crane operator which was a rare occurrence. He became very knowledgeable and experienced at his skill of crane operating and bridge construction. After the death of the owner of EE Barber Construction, Lester and five of his co-workers pooled their monies together and formed Muskogee Bridge Company, Inc. In later years ‘Double LL Contractors’ was formed, whereas Lester was the Owner/President of this minority owned business, incorporated with Muskogee Bridge Company. He met and married his wife Josephine (Jo) Daniels on February 18, 1958 in West Memphis, Arkansas. Together they traveled with the rest of the company all over the states of Arkansas, Kansas, Oklahoma and Tennessee. They enjoyed both the sights and friends that they met along the way, while working hard to make the company a success. To their union they were blessed with heir daughter Leslie. Lester’s hobbies included hunting, vegetable gardening, fishing, restoring his classic cars and attending car shows. Not to forget…. Lester was a SUPER fan of the OKC Thunder and the Dallas Cowboys!!! Lester was proceeded in death by his grandparents, parents, sisters, brothers, wife Jo and grandson Lee. Lester is survived by his daughter Leslie Bruner and husband Bobby, granddaughter Uriah and grandson Elden of Edmond. Daughter Carla Butler and husband Connell Butler Jr., both of Red Oak, Texas, and grandchildren, Wesley Butler of Anchorage, Alaska, Karlanda Harvey of Dallas, Texas, and Brittany Butler of Red Oak, Texas. His loving companion Ollie Fort and children Loretta of Oklahoma City, Oklahoma, Sharon of Paris, Texas, Ceci of Oak Creek, Wisconsin, and Steve of Detroit, Texas. Along with a host of family and friends.

Lester Lee was born on March 20, 1936, in New Boston, Texas, to Charlie and Serlena Conkleton. Lester enjoyed a childhood growing up in a close-knit community known as Arkadelphia. He attended the Arkadelphia Baptist Church with his family... View Obituary & Service Information

The family of Lester Lee Conkleton created this Life Tributes page to make it easy to share your memories.

Send flowers to the Conkleton family.