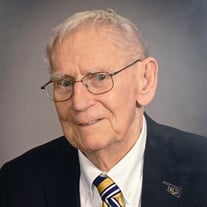 Because of the Lord&#8217;s great love we are not consumed, for his compassions never fail. They are new every morning; great is your faithfulness. I say to myself, &#8220;The Lord is my portion; therefore I will wait for him.&#8221; The... View Obituary & Service Information

The family of Leroy Gene Coffman created this Life Tributes page to make it easy to share your memories.

Because of the Lord’s great love we are not consumed, for his...

Send flowers to the Coffman family.