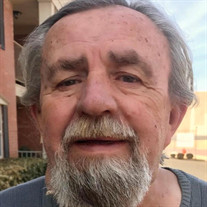 A graveside service for Ken will be at 2:00pm on Friday, July 31st at Memorial Park Cemetery in Oklahoma City under the direction of Crawford Family Funeral Service, Edmond. Ken Kazimur “Kaz” Kosydar, age 74, passed away July 24, 2020. He was born February 2, 1946 in Oklahoma City, Oklahoma. Ken was preceded in death by his mother Betty G. Kosydar (Cypert) in 1999, Father Stanley J. Kosydar in 1993 and infant brother George S. Kosydar in 1945. Ken was survived by his daughter Laura L. Shepherd (Kosydar) and her husband Paul, son Travis A. Kosydar and his wife Magaly, stepchildren Jon B. Rea and Marnie B. Baxter (Rea) and Cousin Mark A. Pimsler. Grandchildren: (by Laura) Logan Hilterbrand, Spencer Shepherd, Brooke Hilterbrand, Carsen Whitmore and (by Travis) Tristan J. Kosydar & Grayson L. Kosydar. As a child, Kenny was an outstanding baseball player. He was also an accomplished bowler, former professional bowler and member of the Professional Bowlers Association (PBA). He was on the PBA Tour and later the PBA Senior Tour where he went by his nickname “Kaz”. During his bowling career he won many competitions, awards and recognition. He had a number of high bowling averages and 300 games to his credit. Ken was a very skillful salesman having worked in many different types of sales occupations over his lifetime - from insurance to automobiles. Most notably, in his early working career at Globe Life Insurance company where he earned numerous awards and accolades for reaching important sales goals and winning sales contests. One of his dreams came true when he won a chance to meet and play golf with his childhood hero, Mickey Mantle! Ken had the gift of gab and could create a conversation with anyone using his friendly and humorous approach. He always liked making new friends. For entertainment, Ken enjoyed classic and vintage cars, listening to 50’s & 60’s music, playing guitar, watching classic TV show westerns (with John Wayne and The Lone Ranger), comedies (with Abbot & Costello and The Honeymooners), as well as modern horror, action and adventure TV shows & movies. He also loved watching football every Sunday. His favorite college football team was the Oklahoma Sooners and his favorite professional football team was the Dallas Cowboys. He was talented in math, numerology and enjoyed various types of gambling games. His favorite childhood book was Black Beauty. He was a nostalgic person who enjoyed collecting all types of things. Ken attended college at Oklahoma State University in Stillwater, Oklahoma. In November 1966, Ken married Cindy Johanson in Oklahoma City, Oklahoma. A year later, they welcomed their daughter Laura. Ken later moved to Tulsa, Oklahoma where he met and remarried with Connie Hodder (Lynch) in December 1972 and took responsibility to care for her two young children Jon and Marnie. A year later, Ken and Connie welcomed their son Travis. Soon thereafter, they all moved to Arizona. Many years later, Ken remarried with Rene Fleming in May 2000 and lived in Oklahoma City, Oklahoma. Rene was also a professional bowler and they met and bonded over their shared love of bowling.

The family of Ken "Kaz" Kosydar created this Life Tributes page to make it easy to share your memories.

A graveside service for Ken will be at 2:00pm on Friday, July...

Send flowers to the Kosydar family.