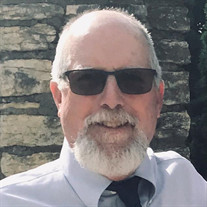 John Tyrone Zimbaro, Jr. was born December 12, 1948 in Endicott, NY to John Tyrone, and Kathryn Ann Madigan Zimbaro. He died March 2, 2021 in Edmond, OK. John’s childhood was spent growing up in New York until his family moved to Rochester, Minnesota in 1956. John may best be described as a true renaissance man. He was good at literally everything he tried. If he didn’t come by it naturally, he worked at it until he perfected it…whatever it was. School and education came easily to him. The same was true for work. Prior to graduating from John Marshall High School in Rochester, MN, he started his drive for work. He worked at Heidi House, a root beer stand in Rochester. He also worked and modeled downtown at a clothing store and for the local newspaper. While in Rochester, it seemed there was no girl that didn’t have their eyes on him. His drive for work would allow him to make moves throughout his life. He moved to California, Colorado and then Florida where he worked in Real Estate. He had a protective instinct as well. Growing up, he would always look out for his sister, Joan. He was not afraid of anything. Perhaps, this lack of fear allowed him to show his emotions more and more as he got older. John was also known for his sense of humor, his witty spirit, and for being the life of the party. He was free-spirited and enthusiastic about much in life. He had a love for cars and was a gun enthusiast. John showed his passions in sports. He had bowled nearly 20 perfect games and was able to celebrate a half a dozen hole-in-ones. When he was young, John and his family would golf every Sunday. To improve his skills, he would watch videos of players he admired and would then try to imitate them. He also played baseball growing up. He would tackle anything he thought was a challenge and he would usually win. John was a creature of habit. You would regularly find him at Jimmy’s, Frida’s, or any donut shop, sipping coffee and engaging with people. He lived life in such a way that people were naturally drawn to him…so much so that people were always willing to help with any need he had. Even though it was easy to see the humorous, and sometimes goofy side of John, on the inside there was a more sensitive man that would cry at goodbyes and would not shy away from making friends with anyone. John had a circle of friends and colleagues that stretched beyond state lines. Anywhere he went, he quickly made friends. He created nicknames for those in his circle. He often went by Zip or Jay-Zee. His children and grandchildren, however, were everything to him. He absolutely adored them and talked about them nonstop. John’s faith was an anchor in his life. He grew up Catholic. He was an alter boy early in his age. After moving to Colorado, he accepted Jesus as his Lord and Savior. John knew where he was going. He was not afraid of his death. He knew his home was in heaven. John is survived by his wife Lynette Zimbaro; his daughter, Angela Espino and husband Williams; his son, Zack Zimbaro; and his grandchildren, Mateo, DJ, Julian, Josie, and Joaquin. He will also be missed by his sister, Joan Beckstrom; his niece, Lisa Beckstrom and her children, Madigan, Matthew & James; as well as his nephew, Brian Beckstrom and wife Mallory and their son, Asher.

The family of John Tyrone Zimbaro Jr. created this Life Tributes page to make it easy to share your memories.

Send flowers to the Zimbaro family.