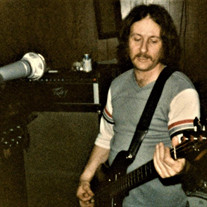 John W. Mack of Guthrie, OK, passed away at Integris Hospice House in Oklahoma City, OK on August 24, 2020. He was 71 years old. A celebration of life will be held to remember and celebrate John’s life on August 26, 2020 at 1:00PM at the VFW in Guthrie, OK. He will take one last ride in his Shelby Mustang to Camp Butler National Cemetery in Springfield, IL, his final resting place, on a later date. John was born on May 3, 1949 in Keasbey, NJ. He married Becky Dyer on May 15, 1981. He is survived by his wife, Becky; daughter, Melissa Westerfield of Decatur, IL; sons, Jack Jeremiah Dyer of Guthrie, OK and Nicholas John Mack of Midwest City, OK. He is also survived by his sister Carol, of Mesa, AZ and brothers Charles Martin “Marty” Mack of Warrensburg, IL, Thomas Rielly of Decatur, IL, and Fred Goode of Grass Valley, CA. John is also survived by 10 grandchildren and 7 great-grandchildren. Preceding John is passing are his parents and brother Dennis Rielly. Throughout his life, John had been employed by General Cable, Borg-Warner York, Dekalb, and Firestone Tire. John was a proud veteran, having served in the United States Navy. John loved his family, music, and cars. His passion was playing guitars.

The family of John Mack created this Life Tributes page to make it easy to share your memories.

Send flowers to the Mack family.