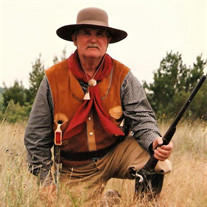 Joe Allen Dooley was born Oct. 3, 1932, in Cushing, Okla., and departed this life Feb. 19, 2019, in Edmond, Okla., at the age of 86. Joe was the son of Ernest and Oma Dooley. Joe and his family lived in Kansas, where Joe attended McPherson High School. After graduation, Joe joined the U.S. Army. He met Donna Spradlin in 1952 and fell in love. Joe and Donna were married on Aug. 8, 1954. Joe and Donna were stationed in Alabama for a short time and there were blessed with their first son, Tad. They soon moved back to McPherson, where Joe attended McPherson College for two years. He transferred to Kansas State University and graduated with a degree in geology. While he was attending Kansas State, Joe and Donna welcomed their second son, Dana, in 1959. Upon graduation, he found a job in Laverne, Okla., with Michigan Wisconsin Gas in 1960. Their third son, Joel, was born there in 1961. Joe and Donna built a new house and made their home in Laverne for many years. Joe had a number of hobbies, including reenacting, hunting, fishing and making trips to Minnesota with his family. The family spent many summers there and even built a cabin near Ross Lake. Joe was a world-class woodcarver and was very detailed in his work. He retired after many years of service and, along with his wife, bought a small farm in Carney, Okla., where they enjoyed gardening, shooting, fishing and campfires down by the pond. They spent 11 good years on their farm and decided to move to Edmond, where Joe lived out the rest of his days. He passed away in his home surrounded by his family, the way he would have wanted it. Joe was preceded in death by his parents, Ernest and Oma, and sons Joel and Tad. He is survived by his wife, Donna Dooley of Edmond, son Dana Dooley and wife Xia of Conroe, Tex., and her children, Jia Xuan Tang, Yu Hao Tang and Jia Ying Yu; grandsons Travis Dooley and wife Kacie of Laverne, Okla., and Josh Perez of Galva, Kan.; granddaughters Halie Dooley and her fiancée Amber of Killeen, Tex., Skylee Pope and her fiancée Andrea of Midwest City, Okla., Dara Bremer and husband Taylor of Edmond, Okla., Mary Jo Dooley of Galva, Kan., and Michelle Perez of Las Vegas, Nev. He also is survived by 11 great-grandchildren and many friends and family. A service to celebrate the life of Joe will be held on Monday, February 25, 2019 at 2:30 p.m. at Crawford Family Funeral Service, 610 NW 178th St. Edmond, OK 73012. Memorial donations in the honor of Joe may be made out to Oklahoma Heart Hospital Research Foundation, 4200 W. Memorial Rd. Suite 510, Oklahoma City, OK 73120.

Joe Allen Dooley was born Oct. 3, 1932, in Cushing, Okla., and departed this life Feb. 19, 2019, in Edmond, Okla., at the age of 86. Joe was the son of Ernest and Oma Dooley. Joe and his family lived in Kansas, where Joe attended McPherson... View Obituary & Service Information

The family of Joe A. Dooley created this Life Tributes page to make it easy to share your memories.

Send flowers to the Dooley family.