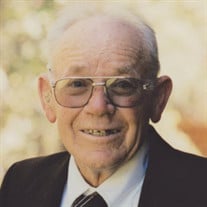 Herschel Hoyt Lowe was born in a farmhouse in Hennepin Oklahoma near the muddy waters of Wild Horse Creek on October 19, 1925. Attended by Doc. Morton who charged 2/3 bale of cotton for his night’s work. The Lows were part of a group that emigrated from North Carolina to Oklahoma, by way of Texas. Herschel grew up in a close-knit town while loving and caring for two older brothers with cerebral palsy. This shaped Herschel’s character toward kindness, responsibility, and sense of duty. From an early age he was known as a hard worker. When Herschel was about 12 years old, the family moved to seaside Carpinteria California due to his father’s severe asthma. In Carpinteria, Herschel stayed busy selling newspapers on the beach, learning to swim in the ocean, and camping with his scout group in his beloved Yosemite. In school, he particularly enjoyed his photography class. When he came of age, the neighbor girl tipped Herschel’s WWII enlistment decision toward the Navy when she advised that he’d look good in a naval uniform. Joining the Navy, he became a mechanic crew captain of torpedo bombers and served on a carrier. After the war, he hoped to become a forest ranger but became more pragmatic after he met the love of his life, Marlyn, at a Youth for Christ rally, and then decided to marry. After graduating from junior college, he worked in construction and the Richfield Oil Co. He later started his own trucking, grading and paving businesses. At the end of a long workday, Marlyn and he would frequently join hands and pray together. After retirement, Herschel kept busy teaching his grandchildren to fish, and caring for Marlyn after her stroke. Herschel prayed he would outlive Marlyn, so she would be well cared for all her life. His prayer was answered. He was preceded in death by his parents Alfred and Vattie, wife Marlyn, brothers Alfred Jr, Thomas, and Bobby, and sister Leila, and granddaughter. He is survived by his son, Joseph of Portland Oregon with wife, and daughters Joan of Redbluff CA, and Elizabeth with husband of Guthrie Oklahoma, numerous grandchildren, great grandchildren, and foster son Robert Robinson. Herschel died January 14, 2021 due to complications of Parkinson’s Disease, a cruel movement disorder, yet he never complained and remained a man full of good cheer, kindness, love, and responsibility to the end. A memorial service to remember and celebrate Herschel's life will be held Friday, May 21, 2021 at 2:00PM at Community Church in Guthrie, OK. Inurnment will take place on a later date at Oak Hill Cemetery in Red Bluff, CA. Military honors will be under the conduction of the United States Navy, during graveside services.

Herschel Hoyt Lowe was born in a farmhouse in Hennepin Oklahoma near the muddy waters of Wild Horse Creek on October 19, 1925. Attended by Doc. Morton who charged 2/3 bale of cotton for his night&#8217;s work. The Lows were part of a group that... View Obituary & Service Information

The family of Herschel Lowe created this Life Tributes page to make it easy to share your memories.

Herschel Hoyt Lowe was born in a farmhouse in Hennepin Oklahoma...

Send flowers to the Lowe family.