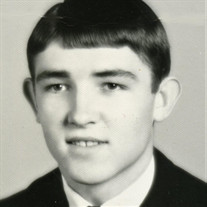 Henry Allan Heavener, 71, of Oklahoma City, OK, passed away peacefully, Friday morning, March 29, 2019, at the Heritage at Brandon Place in Oklahoma City, OK. Allan was born September 3, 1947 in Delano, CA, to Henry and Connie Heavener and was one of two children. At an early age, Allan’s family moved to Carnegie, OK, where he would spend all his early years, graduating from Carnegie High School in 1965, where he also was a member of the baseball and basketball team. Following high school, he moved to Weatherford, OK and attended Southwestern Oklahoma State University, before joining the military for a brief while. Soon after Allan would become a carpenter, working as a master craftsman building many homes, hotels, restaurants, etc. In 1977 Allan and his life partner, Crystal, would marry and welcome the birth of their daughter, Valerie. Allan had many different interests. He loved being outdoors, watering and caring for his plants, fishing, and often exploring the Wichita Mountains. In his later years, he loved to play bingo and dominos, in which, neither his daughter Valerie or grandsons, could beat him. Allan also had a deep connection with the Lord and a great love for Jesus and could often be found reading his bible. In passing, Allan is survived by his daughter Valerie and her husband Brian Spall, and their children, Orion and Maxon. Also surviving Allan, is his brother, Adron and his wife Cynthia Heavener, and their children, Andrea, Angela, and Andrew, along with many other friends and family members. Allan was preceded in passing by his parents Henry and Connie Heavener, and his nephew, Anthony Heavener. A memorial service to celebrate and remember Allan’s life will be held Friday, April 5, 2019 at First Baptist Church in Carnegie, OK at 2:00PM.

The family of Henry Heavener created this Life Tributes page to make it easy to share your memories.

Send flowers to the Heavener family.