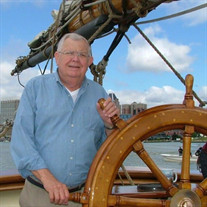 Glenn Lee Kinkade of Edmond, Oklahoma passed away on August 6, 2021, at the age of 86. He passed away peacefully in Mercy Hospital, Edmond, OK. He was surrounded by his wife and kids at the time of his death. He will be laid to rest on August... View Obituary & Service Information

The family of Glenn Kinkade created this Life Tributes page to make it easy to share your memories.

Glenn Lee Kinkade of Edmond, Oklahoma passed away on August 6,...

Send flowers to the Kinkade family.