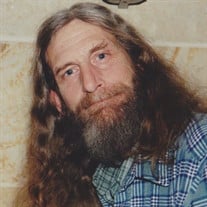 George Bernard Emerson, 65, of Oklahoma City, OK, passed away peacefully at home, Friday morning, March 20, 2020, surrounded by his loving family. He is survived by his wife, Karen (Savage), and his children, Amberly and her husband Jeff Ellison, Andrew and his wife Jennifer Emerson, Mary and her husband Rodrigo Gomez, Michael and his wife Rachel Emerson, Stephanie, and Timothy. He will also be fondly remembered by his six grandchildren: Jacob and Ashlynn Emerson, and Zachary, Elizabeth, and Isabella Ellison, as well as baby Georgia Gomez who will learn about her grandpa through the cherished memories of others. George is also survived by his sister, Cindy Emery and his brother, Ralph Waldo Emerson III, and their families. George was preceded in death by his parents Georgia (Simon) and Ralph Waldo Emerson, Jr. George received a degree in business administration from Rose State College. He worked for more than 30 years at A2D Technologies before retiring. He loved spending time with family, especially during the annual family camping trips and the many family gatherings. He was a faithful attendant of Mass every Sunday while his health allowed and could always be heard singing the hymns loudly. His hobbies included listening and dancing to music, collecting classic cars (he most enjoyed driving his 1954 Chevy Bel Air), watching Star Trek, and tinkering around in his garage. His smile was biggest when he had a baby in his arms and his most cherished moments were those spent in conversation with his loving wife and children. A private service will be held to remember and honor George's life on Monday, March 23, 2020 at Saint Francis of Assisi Catholic Church in Oklahoma City, OK. Burial will take place following services at Arlington Memory Gardens in Midwest City, OK. Fr. William Novak, V,G., will be presiding.

George Bernard Emerson, 65, of Oklahoma City, OK, passed away peacefully at home, Friday morning, March 20, 2020, surrounded by his loving family. He is survived by his wife, Karen (Savage), and his children, Amberly and her husband Jeff Ellison,... View Obituary & Service Information

The family of George Emerson created this Life Tributes page to make it easy to share your memories.

Send flowers to the Emerson family.