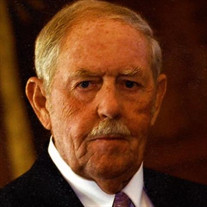 Frederick George Baker, 95, passed away on November 9, 2019, in his home, surrounded by his loving family. He was born July 7, 1924, in Chicago, Illinois, the oldest of two sons of Ann Marie Wilcox and William Frederick Baker. Fred proudly served in the U. S. Army during the Korean War, and was honorably discharged in 1952. He was very pleased to be able to go on an Honors Flight to Washington, D.C. with grandson Josh. He married the love of his life, Mary Bailey, on July 10, 1954, and together they had three children, Patty (Mike) Crews, Willie (Candy) Baker, of Stillwater, and Debbie (Frank) Jackson Merola, eight grandchildren, eleven great-grandchildren, as well as many other relatives through his extended family. He worked hard at everything he did and was a great provider for his family. He worked for the U. S. Postal Service for 22 years, retiring in 1978. He took up house painting for a number of years, and later turned to collecting and selling sports cards. He loved to golf, and played into his nineties. Even during the last few years, when he was physically unable to play, he often spoke of his desire to play golf again. He also loved his politics, to the point that, unless you loved to talk about politics yourself, you were wise not to bring up the subject. Fred loved to spend time with his grandchildren and great-grandchildren and he and Mary attended many of their activities. He loved his family dearly, and would tell anyone and everyone how proud he was of his family. He particularly cherished being a part of the “Bailey Clan” (Mary’s siblings and children). He is survived by his wife, children, grandchildren and great-grandchildren, and many other beloved relatives and friends. He was preceded in death by his parents, brother Bill, and daughter Patty. A memorial service will be held on Wednesday, November 13, 2019, at 10:00 a.m., at Crawford Funeral Services, 610 NW 178th Street, Edmond, Oklahoma. Visitation will be held from 12:00PM-8:00PM with the family being present from 6:00PM-8:00PM, the day prior, Tuesday, November 12, 2019 at Crawford Family Funeral Service. Please use the north entrance when attending for visitation. Graveside services will follow at Memorial Park Cemetery. A very special and heartfelt thanks from the family to Charlotte, Denise and Mission Hospice, who lovingly cared for Fred during his latter months of life. Donations in his name may be made to the charity of your choice.

Frederick George Baker, 95, passed away on November 9, 2019, in his home, surrounded by his loving family. He was born July 7, 1924, in Chicago, Illinois, the oldest of two sons of Ann Marie Wilcox and William Frederick Baker. Fred proudly... View Obituary & Service Information

The family of Frederick George Baker created this Life Tributes page to make it easy to share your memories.