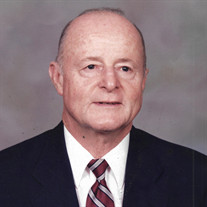 Not sure what to send?

Eugene “Gene” Sewell, 92, was a loving husband, father, grandfather, and loyal friend to many. He passed peacefully on June 14, 2022, in his birthplace of Oklahoma City. Born on June 30, 1929, he was the only child of loving parents Amzel Sewell and Hallie Berry Sewell. He attended Hawthorne, Taft and graduated from Classen High School in Oklahoma City in 1948. Many of his childhood pals remained his lifelong close friends. The first in his family to attend college, Gene graduated from the University of Oklahoma in 1952 with a B.S. in Geology where he was a member of the ROTC and captained the rifle team. He served in the Army (First Lieutenant) and then the Army Reserves (Captain) until 1962. While on leave on the 4th of July 1952, he met Nancy Gordon (Baltimore) at the beach in Ocean City, Maryland. On November 20, 1954, he married Nancy (and later that day attended the OU-Nebraska game with some of the wedding party). Gene and Nancy lived throughout South Texas when he began his career as an oil and gas geologist in 1954. Gene and Nancy returned to Oklahoma in 1956 and raised their family in Oklahoma City over 64 years of marriage before Nancy’s passing in 2018. Along with his work in oil and gas with Sinclair, Publisher’s Petroleum and as an independent geologist, he was involved at Linwood Methodist and later St. Johns Methodist Church. He enjoyed watching the Thunder, Sooners, and other sports, plus traveling, golfing and hunting. Gene was easy-going, quiet, loyal, and satisfied by the simple joys of life, including being with family and close friends. Gene is reunited in Heaven with his wife, his parents, his infant son, Curtis, and most of his cherished friends. He is survived by his sons Mark Sewell (Kathy) of Edmond and son Randall Sewell (Kay) of Norman. He is also survived by those who knew him as “Poppy”; granddaughters Lauren Horton (George) of Edmond, Jamie Delpha (Joe) of Edmond, Rainey Sewell of Washington D.C., and Kasey Sewell of Norman. He also leaves behind four great-grandchildren: Brady, Graham, Hannah, and Kate. The family is deeply appreciative of the staff of Epworth Villa for their compassionate care for Gene during the last years of his life. A small service for family and close friends will take place on his birthday, Thursday June 30th at Crawford Family Funeral Home (610 NW 178th St. Edmond, OK 73012) at 4:00PM. In lieu of flowers, the family suggests donations made to Skyline Urban Ministries. Skyline Uban Ministries https://www.okcskyline.org/give Checks may be mailed to: 500 SE 15th Street Oklahoma City, OK 73129

The family of Eugene Ray Sewell created this Life Tributes page to make it easy to share your memories.