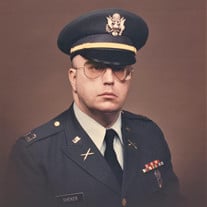 Ellis Gordon Sheker was born in Chicago, Illinois on January 29, 1946. To Clifford G. and Mildred M. Sheker. He and his mother spent his pre-school years in Cedar Falls, Iowa, when his father served in the Air Force Reserves in Japan during the Korean War. When the family moved to southeast Missouri in 1952, Ellis attended Grades 1 – 8 in the small towns of Malden and Bernie. In 1960 the family moved to Addison, Illinois, in 1964. When the family moved to Oklahoma City in 1964, Ellis pursued his university studies at Central State University (UCO), where he earned a Bachelor’s in Science degree. In 1970, Ellis enlisted in the U.S. Army and trained as a German linguist at the Defense Language Institute in Monterey, California. Subsequently, he was assigned to the ASA detachment at the German border site at Gross Gusborn, Germany. Upon his return to civilian life, he completed OCS training and received his commission as a 2Lt. in Field Artillery. Later, he transferred to the Army Reserve, where he served in the 486th Civil Affairs Battalion. It was in the 486th that Ellis thrived, finding his place not only in the use of his language skills but also in a camaraderie among those with shared values and goals. Ellis possessed an excellent command of the German language and was an effective German language instructor in the 321st German Language Institute. As one of the Military Liaison officers with the German Territorial Army, he was requested by name to serve as the U.S. Liaison Officer by an MG General of the German Territorial Army WBK IV in Mainz. He also served effectively with the Belgian Royal Army. At the time of his retirement from the Army Reserve, he held the rank of Major. Ellis continued to use his language and teaching skills at UCO as a member of the Advisory Board of Language & Linguistics Student Conference (SLLC), volunteering countless hours to helping, preparing and mentoring students for their presentations at the annual SLLC. He was also invited to UCO to lecture to history and humanities classes. Additionally, he lent his assistance to the Oklahoma Historical Society in their effort to record interviews from former German POW’s who had been held at Camp Gruber. Apart from his military career, Ellis served for many years on the Oklahoma Capitol Patrol and retired as a member of the Oklahoma Highway Patrol. He had a lifelong love for aviation, and an enviable depth of knowledge of military history and of firearms. Ellis possessed a genuine love for life, a willingness to be of service, and a unique personality through which he displayed it. He was truly “one of a kind.” An outdoor ceremony with military color guard will be held for the inurnment of his ashes on Tuesday, October 26, 2021, at 10 a.m., at Chapel Hill Memorial Gardens, 8701 N.W. Expressway, Oklahoma City, OK.

Ellis Gordon Sheker was born in Chicago, Illinois on January 29, 1946. To Clifford G. and Mildred M. Sheker. He and his mother spent his pre-school years in Cedar Falls, Iowa, when his father served in the Air Force Reserves in Japan during... View Obituary & Service Information

The family of Ellis G. Sheker created this Life Tributes page to make it easy to share your memories.

Ellis Gordon Sheker was born in Chicago, Illinois on January...

Send flowers to the Sheker family.