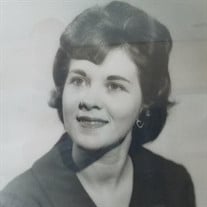 Diane Marie Bowen was born on March 25, 1940 to Leroy and Mildred Fail. Diane Fail was an only child until she was five years old when her brother Leroy, III was born. The four of them lived in Beaumont where Diane went to elementary, junior high and high school. It was in junior high school where Diane met Murray Bowen and they married after high school graduation. Diane and Murray soon became pregnant and with little skill to earn a living for the some-to-be family of three, Murray joined the Air Force and was stationed in England. Diane quickly followed with their son, Scotty, and while in England, Murray and Diane had two daughters, Sheila and Sharon. When Scotty was four, Sheila was two and Sharon was six months old, Murray and Diane moved back to the States and while stationed in Clovis, New Mexico, the family grew to six with the birth of Steve. Murray was sent to Thailand and Diane and the kids moved back to Beaumont. Once discharged from the Air Force, the next move for everyone was Tyrrell Park. Murray held a couple of jobs until he decided to become a dealer for Snap-on Tools. Murray was promoted and moved to Corpus Christi and lived there for four years when another promotion took the family to Oklahoma City. The next move was to Lacombe, a suburb of New Orleans. Murray and Diane had a great home and boat on a channel off of Lake Pontchartrain and had many fun times with visits from the family. It was 1987 when Diane and Murray moved back to Corpus Christi. Every summer since that time, all the kids, their kids, usually Billy and Sandy, and sometimes some friends spent a week on the Island. Scotty never missed one summer, Sharon missed the summer she was pregnant with Corbin, Steve and his wife Suzy missed the summer the twins were born, Sheila missed one summer due to work and other than that, they were all together every summer. It was a time the whole family planned for and looked forward to every year. It was a time to be with each other, and for the adults probably a little too much fun in the evenings during “porch chat,” but being together was the best part. It’s hard to imagine this part of their lives in the past tense, and that these times with their mom and Mewmaw won’t happen again. All five of Diane’s grandkids have been going to Parde Island their whole lives. It is where Corbin learned to fish, where Morganne and twins learned how to swim and where Murray saved Ally from drowning when she fell off the deck. It is where Sharon and Sheila both got married. It will forever be a part of their lives, just like their Mom. Murray passed away in September of 2017 and Diane was moved to an assisted living facility in Oklahoma City to be near her sons and their families. Diane was a first a wife, second a mom and third a grandma. She was a wonderful homemaker and always made sure that everyone was taken care of. Her beautiful smile is how she will always be remembered. A Memorial Service will be Saturday, November 2, 2019 at Forest Lawn Funeral Home in Beaumont, Texas. The family will greet friends at 9:30 a.m. followed by a graveside service at 10:30 a.m.

Diane Marie Bowen was born on March 25, 1940 to Leroy and Mildred Fail. Diane Fail was an only child until she was five years old when her brother Leroy, III was born. The four of them lived in Beaumont where Diane went to elementary, junior... View Obituary & Service Information

The family of Diane M. Bowen created this Life Tributes page to make it easy to share your memories.

Send flowers to the Bowen family.