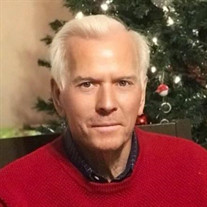 Dawson Joseph Stafford, Sr. was born on February 19, 1938 to Jack and Margareet Stafford in Phoenix, Arizona, and passed away on November 14, 2019 at the age of 81 in Edmond, Oklahoma. Dawson grew up in Eufaula and Checotah, Oklahoma and later moved to Arkansas where he spent the remainder of his childhood. In the year, 1959, he joined the United States Army Reserves and served for six years. On March 24, 1960 he married the love of his life, Shirley Ann Cullum, and together they had two children. Dawson was an entrepreneur and worked various jobs throughout his life. He worked as a farmer, a restaurant owner, he enjoyed being outdoors, mowing, working in his yard, going metal detecting, and playing 42. Dawson was always willing to help a friend with anything they needed. He was never afraid to say, “I love you.” He knew how to be firm when necessary yet was always loving and tender. There was never a time he could not be counted on. His word was his bond. Dawson and Shirley had an adventurous life. They began their life in Arkansas, after their oldest graduated they moved to Texas where they lived and owned several successful restaurants. Dawson and Shirley most recently moved to Edmond, Oklahoma. Throughout their marriage they attended church at Robinson Church of Christ, Waco; Lake Shore Church of Christ, Waco; Park Avenue Church of Christ, Denison; and Westside Church of Christ, Russellville. Spending time with family and especially their grandchildren and great-grandchildren are what they enjoy the most. Dawson is survived by his wife, Shirley Stafford; his daughter, Kimberly Cooper and husband Tommy; his son, Dawson Stafford, Jr. and wife Dana; grandchildren, Erin Griffith and husband Chris; Ashley Logston and husband Dustin; Brittany Chilton and husband Jesse; Molly Wright and husband Isaac; Dillon Cooper; and Macy Nevill and husband Jared; great-grandchildren, Blakely, Charlie, and Josie Griffith, Maddox, and Mason Logston, Brynlee and Elijah, Wright, Jaycie, Kyndel, and Whitney Nevill, and Bentley Cooper; nephew, Brandon Crouch; and numerous nieces and nephews. He is preceded in death by his parents, Jack and Margareet Stafford; and his sisters, Laraine Stafford Crouch and Margaret Fae Stafford. A visitation and reception will be held at 11:00 AM, November 18, 2019 at Crawford Family Funeral Service. A Celebration of life for Dawson will be at 1:00 PM, Monday, November 18, 2019 at the Crawford Family Funeral Service Chapel. Burial following at Memorial Park Cemetery. In lieu of flowers, donations may be made to the Alzheimer’s Association in Dawson’s honor at the following link, https://act.alz.org/site/TR/Events/Tributes-AlzheimersChampions?pxfid=600794&fr_id=1060&pg=fund

Dawson Joseph Stafford, Sr. was born on February 19, 1938 to Jack and Margareet Stafford in Phoenix, Arizona, and passed away on November 14, 2019 at the age of 81 in Edmond, Oklahoma. Dawson grew up in Eufaula and Checotah, Oklahoma and later... View Obituary & Service Information

The family of Dawson Joseph Stafford Sr. created this Life Tributes page to make it easy to share your memories.

Send flowers to the Stafford family.